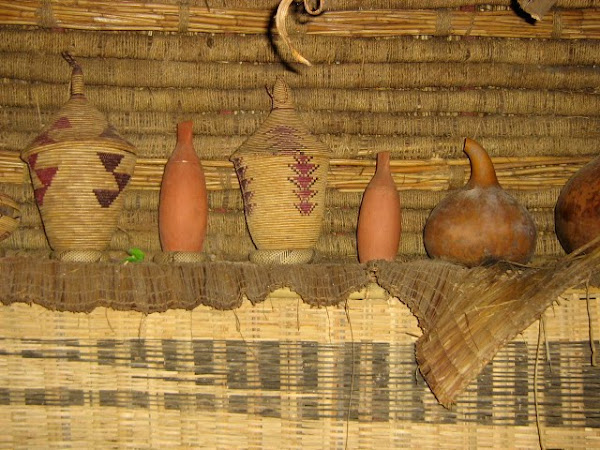 I used Yash Tandon’s ideas to prepare a course I gave at Burundi’s National University. Tandon’s ideas on “aid” and on “development” helped me enormously to assist students to deepen their reflections on the influences of aid on their country, Burundi, one of the poorest of Africa, just emerging from 15 years of conflict.

Tandon’s book on ending aid dependence starts by looking for a clear definition of “development” and a proper taxonomy of “aid”. This in itself is an interesting exercise, because it is contrary to OECD-DAC vocabulary. However, the link between the concepts of “aid” and “development” is even more fascinating. He argues that “development aid” not always leads to more development. It even might block real development. He is not the first to say this. He is part of a large community of researchers, searchers and politicians, like William Easterly, Dembisa Moyo, Dani Rodricks and many others.

He fiercely advocates the right of nations to self-determination and liberation from imperial domination. Africa and others can liberate themselves only if they take matters of development into their own hands – and do not leave it to aid and its delimiting and colonising conditionalities, such as the structural adjustment programmes of the IMF and the World Bank, and the Paris Declaration on Aid Effectiveness.

My admiration for his book is merged with the following main criticism:

1) Whereas Tandon thinks that, according to his own classification, only one type of aid is based on an ideology, I would argue that all types of intervention have an ideological foundation.

2) The solutions that Tandon proposes for “better aid” seem to me much closer to the Paris Declaration than he wants to admit.

3) His definition of Development could be made even broader than just the equation of the “social factor” and the “democratic factor”, minus the “imperial factor”.

4) It is remarkable that the highest form of solidarity, the ultimate type of aid, coincides with the work of Tandon himself.

The Horse and the Cart

Tandon proposes a rethinking of the whole issue of development aid. He argues that the debate has been constrained by conceptual traps and the limitations of the definitions provided by donors. According to him, the conceptual starting point should not be aid but development. The horse of development must be put before the cart of aid.

Development is too often confused with “growth” only (especially by the World Bank and the IMF), but Tandon offers a different definition: Development = SF + DF – IF, where SF is the social factor – the essential well-being of the people; DF is the democratic factor – the right of people to participate in decision-making that affects their lives; and IF is the imperial factor – the right of nations to self-determination and liberation from imperial domination. He states that his definition is in sharp contract to the mainstream orthodox economists’ definition as Development = Growth + Wealth accumulation. The wealth accumulation by the rich is assumed to ‘filter through’ to the poor by market-driven forces.

While I agree with Tandon that a restricted definition of development, as only growth and wealth accumulation, is not appropriate, I still propose to include the “Economic Factor” in the equation; Growth defined not in the right-wing sense of the word, but growth as a sustainable and fair increase in the standard of living of the inhabitants of a nation. A sound and balanced economy seems to me a condition for development. I therefore suggest to change to formula as follows: Development = EF + SF + DF – IF.

The expansion of the formula has two advantages: 1) it is a more inclusive, more exhaustive definition, but also 2) it improves the image of the formula. It avoids being an all to clear left-wing target, but seeks the best of both worlds.

The Statues of Liberty

A critical aspect of Tandon’s definition of development is its political economy and historical context. The developing countries have gained their political independence, but in most cases they are still trapped in an asymmetrical economic, power and knowledge relationship with formal colonial powers that continue the process of globalisation, and the institutions of global governance (the IMF, the World Bank, WTO etc). This imperial project is countered by a “national project”, the project for self-determination, which is still on the agenda.

When I discussed “development aid” with the university students here in Burundi, we were looking for synonyms of aid. After some of the more obvious themes, like help, subsidy, materiel or financial assistance, one of the students mentioned “dominance”. After some giggling of the others, I provoked him to elaborate, and he explained so-to-say the psychology of aid. If my uncle gives me some money to study for example, he also has power of me. He can dominate me.

The dominating power of assistance is thus fully recognised, but leads us to a more philosophical question. Is the freedom of a nation or of a people the highest ideal? Is this still possible in our interconnected, global world? Moreover, are some nations willing to trade their independence or their freedom for security or for wealth? Do we “impose” freedom? Is “independence as the highest ideal” just one of the many possible ideologies or is it THE only possible aim.

Tandon’s monograph provides a new taxonomy for development aid – in five hues – and very pedagogical, uses five colours. Development aid is therefore placed among a continuum from Purple Aid on the extreme left and Red Aid on the extreme right. Red Aid is defined as aid tied to conditionalities (Washington consensus, governance conditionalities, FDI conditionalities etc). Orange Aid, which is really not aid at all, should simply be called commercial transactions, even if it has concessional elements. Yellow Aid is military and political aid, included in his way of classifying aid, because of the connection between security and development. Green or Blue Aid, whose three components – the provision of global public goods, non-tied humanitarian and emergency aid, and compensatory finance – are according to Tandon segments of the totality of financial and technical an technological assistance that are genuinely developmental. Purple Aid is that which is provided for reasons of solidarity with the people(s) of the receiving countries, by raising awareness, building knowledge centres, empowering people or providing alternative strategies.

It is indeed refreshing to challenge to way in which the OECD classifies aid, as Tandon does. It is also more than useful to analyse the ideologies that come with material or financial assistance. Nevertheless, I would argue that all types of interventions have their own underlying ideologies. Also the sacred purple aid in Tandon’s categorization has its own underlying ideology, neutrally defined as a comprehensive vision or an explicit system of thoughts; to be precise, Tandon’s ideology of the best way of delivering aid is the provision of help to countries in order to liberate themselves from domination. It seems to me that it is difficult to find one type of aid that is totally detached from an ideology.

It is less refreshing to see someone of the calibre of Tandon to fall in the trap of ‘black and white’ thinking, where all non-governmental organisations are by definition the good guys and the Washington institutions are the bad guys. Moreover, wouldn’t it be possible that other types of aid, apart from purple aid, are also provided for reasons of solidarity? When the Belgian government invests in education or the British in improving health care for pregnant women, is their no notion of solidarity?

Tandon falls in another trap. His own occupation seems to be the best and most ideal way of delivering aid and of contributing to real development. Promoting Think Tanks as the ultimate form of solidarity, being the executive director of the South Centre, an intergovernmental think tank, is almost incredible. I remember from my time in the energy sector in Rwanda, that I genuinely thought that providing electricity to the largest possible part of the population was the ultimate form of promoting development. I think I would promote a bit more distance of one’s one activities.

The President with a Hammer

The body of Tandon’s book consists of the seven proposed steps that the developing countries need to take in order to exit aid dependence. The most difficult – indeed – is the first step: the psychology of aid dependence. Ending aid dependence is not a one-day project, because deeply embedded structures and the power of vested interests do not disappear overnight, as Tandon states with reason. Whatever the challenges, Tandon thinks that the first thing to do is adjusting the mindset, so that a critical mass of, for example, local assemblies and the national parliament would say ‘We have had enough of this dependence on aid. Development is our responsibility and not that of donors’.

Interestingly, living in a country – Burundi – that is going through an intense period of campaigning and elections, a substantial number of political parties dedicate some paragraphs on reducing aid dependence. It would be an interesting study in itself to analyse all those programmes. Nevertheless, I do not think that the present aid and development architecture, for example the Paris Declaration, is a real obstacle to the realisation of the national project, as argues Tandon. It is more than obvious that the Paris Declaration houses numerous paradoxes, but the basic philosophy, or ideology underlying the Paris Declaration – I hope – is the creation of more balance where we see asymmetrical structures now. Tandon clearly refused to use the Paris terminology of “ownership”, when he explains that the first step to end aid dependence is “the will to take the destiny of the nation into one’s own hands”. I agree that the restricted way of defining ownership by the Paris Declaration (a country has a development strategy) is not the right method for a nation to take its destiny into one’s own hands. But why can we not propose to push the thinking of the Paris Declaration a bit further (as the Accra Action Agenda already tried), instead of abandoning it completely?

Let me finish this review with an interesting example of the gap between imposed ownership and the work in the field by the highest leader of my country of residence. Within a few weeks, Burundi will hold presidential elections. The current president, H.E. Pierre Nkurunziza, is running for a second term, and one of his campaigning messages over the last weeks has been his boasting over the doubling of the number of classrooms during his five-year reign. This has mostly been done during weekly community works, where Nkurunziza was working as hard as the population, or during one of his very frequent visits to the beautiful hills of Burundi. He has also pushed for an increase of the spending on education. For the national budget of 2009 they increased spending on education by 50% and had 23% of their recurrent budget spent in the education sector. I will not go into a discussion of the challenges in the education sector, or into a discussion on the electoral process.

The issue here is the large gap with the donor community including one or two brave Burundians that have been working endlessly on a national education strategy, with planeloads of consultants and technical experts, writing, rewriting, correcting, approving, validating for the last five years, annexing a midterm expenditure framework and an action plan, coordinating and developing a basket fund of 24 million Euros, which for the last two years was only able to spend 0,6%. Now, let me ask you, who understands better the notion of “ownership” or of “the national project” (as Tandon likes to call it): we the donor community or the President with a hammer?

Posted by Anthe Vrijlandt at 16:47